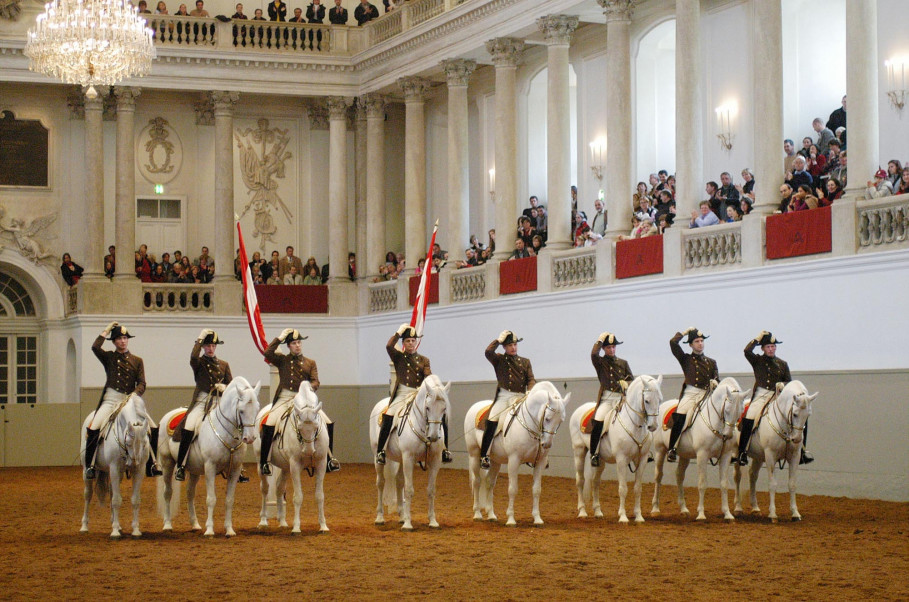 They are as emblematic of Austria and Vienna as St. Stephen’s Cathedral, the Giant Ferris Wheel, and the Vienna Opera House: the Spanish Riding School’s Lipizzaner horses. In October 2003, a GRANDER® Inline Unit was installed in the Vienna stables of the Spanish Riding School. In April 2005, another one was installed in the horses’ summer quarters in Heldenberg, Lower Austria.

‘We found that the horses have been drinking more water, a rise of about 25%, since we installed the GRANDER® water revitalization system. They are also significantly less prone to colic,’ says Senior Stable Master Johannes Hamminger.

Looking back on a history of more than 450 years, the Spanish Riding School in Vienna is the only institution worldwide that continues to cultivate classical equitation in the Renaissance tradition of the haute école.

The Spanish Riding School was named for a horse breed native to the Iberian Peninsula. In the 16th century, horses of this breed were considered particularly elegant, fierce, and studious, making them especially suitable for classical equitation. The Lipizzaner stallions performing at the Spanish Riding School for fascinated audiences from around the world today are descendants of this proud Spanish horse breed: their ancestors are Iberian, Arabian, and Barb horses.

In 1729, Emperor Charles VI commissioned the architect Joseph Emanuel Fischer von Erlach to build the magnificent Winter Riding School in the Hofburg Palace. It was completed in 1735. A portrait of the monarch on horseback graces the splendid Baroque hall in which the riders of the Spanish Riding School train their Lippizaner stallions and show off their skills to an international audience during public performances.