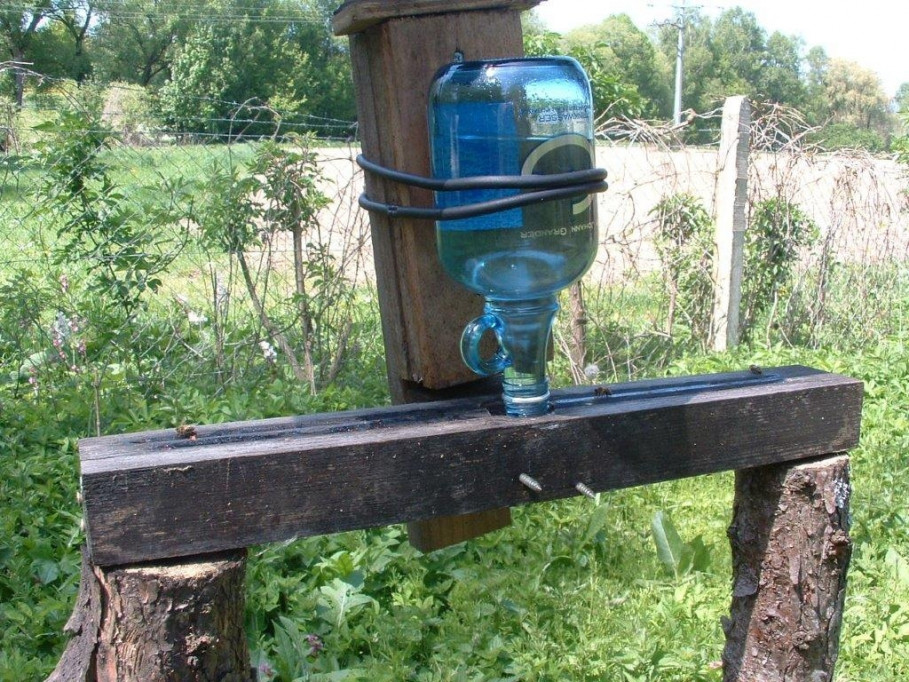 Bees know what is good for them.  The organism of animals is very sensitive and therefore, many animals "recognize" revitalized GRANDER® water and react very positively to it.

As a successful baker and experienced beekeeper, Josef Sattler knows the benefits of revitalized water – not only in baking, but also his bees “prefer” revitalized GRANDER® water.

In order to test whether bees actually recognize revitalized water, Josef Sattler constructed two bee drinking troughs, which he placed near his bee hives at a distance of approx. 1 meter apart.

When the beekeeper switched the water in the drinking troughs, something he did again and again to “test the intelligence of the bees”, it only took a short while before all the bees found their way to the drinking trough with the revitalized water.

Josef Sattler is proud of his seven bee colonies and claims, “The animals are clever, pure and follow their instinct.”

Just like his bread, Josef Sattler’s honey is also certified by Naturland.  Not only in the bakery, but also in the apiary he works with traditional methods and closely with nature. GRANDER® supports him in all areas of his work.