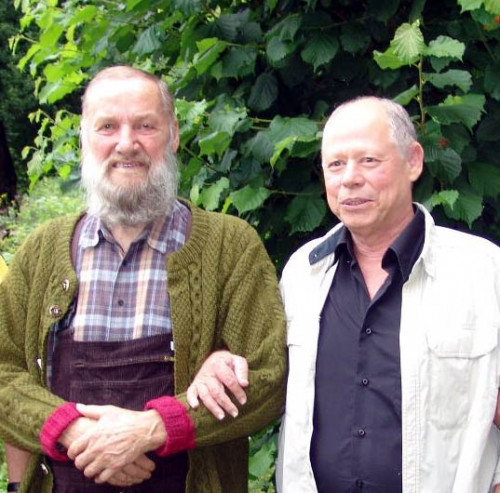 Professor Eshel Ben Jacob (born on April 13th, 1952 in Tel Aviv, Israel) is one of the most famous physicists in the world. His area of research and publications couldn't be more varied in their topics. On the one hand he worked on exact mathematical models, which he built based on precise experiments, and on the other hand he was fascinated by "firing" neutrons and was capable of predicting impairment in brain operations.

He was also fascinated by flow behaviour of bacteria and he examined in-depth their movement on dry breeding grounds all the way to various food sources. While creating the illustrations of this pattern for a mathematical computer model, he discovered that a combination of individual decision, group behaviour and adaptation to the others can closely represent behaviour in the real world.

His experiment created quite a sensation, not only within the world of science, when he translated this model to the stock exchange. By means of this model he was able to present many past situations exactly, and the result was a very interesting article in a business newspaper in Israel.

His numerous publications were distinguishable through the mathematical accuracy, and therefore, granted him international notoriety and reputation. It was not surprising that many scientists tried to win over Eshel Ben Jacob to partner with them on publications, since he had a very high standards with his mathematical, strict method.

Professor Jacob was always interested in the physical parameters of life and thus, came automatically to the topic of water and the "water puzzle", which began to captivate him. His experimental arrangement clearly demonstrated that water stores information and micro-organisms can "read" this information.
In 2002 he was invited to present his discovery with water by the Royal Physical Society of Sweden. He was very disappointed to find out that his work would have been recognized with the Nobel Prize in Physics if he had used a "measuring tool" as a technical device rather than a living organism (bacteria). However, he knew that the pattern shown by over 10 billion bacteria on the culture medium were as precise as any existing measuring device at that time.
During many internal discussions Professor Eshel Ben Jacob showed us that information must always be a change of the structure. In a biological context, information is then of importance when it can be read by a biological system. Thus, he began looking for evidence in the changes of the water structure.
The emerging nano technology led modern scientists to research in the area of "nano-treated water". Due to his knowledge on the subject, he also helped science to further its understanding of water.

In October 2008 the documentary film "Our Knowledge is a Drop" was successfully broadcast on 3Sat, in which a very interesting interview (unfortunately only a short part) was shown.

Eshel was convinced that everyone who wanted to understand the secret of life, must first understand water. However, unfortunately we only know very little about water - just a mere drop ...

Professor Eshel Ben Jacob has proven with his experiments that water has a memory and that it is possible to store information in water. Consequently, through scientific experiments and logical findings, he came to the same conclusion as Johann Grander, who relied on practical experience, observation in nature and intuition.

In his experiments he always tried to incorporate the statements and experiences Johann Grander had made into an exact model basis.
Currently we are working on an extremely promising, mutual project and, up to recently there had been a very positive exchange with Eshel Ben Jacob.
The news of his sudden death affects us all deeply. The well-known scientist, who was working on a project in the USA, died on June 5th, 2015 while on a visit to his homeland Israel, where he also supervised projects. He leaves behind a huge gap in the world of science.

Everyone at GRANDER® is very proud to have known Professor Eshel Ben Jacob personally and the mutual projects as well as the exchange of knowledge were extremely beneficial for us.

MAY HE REST IN PEACE!