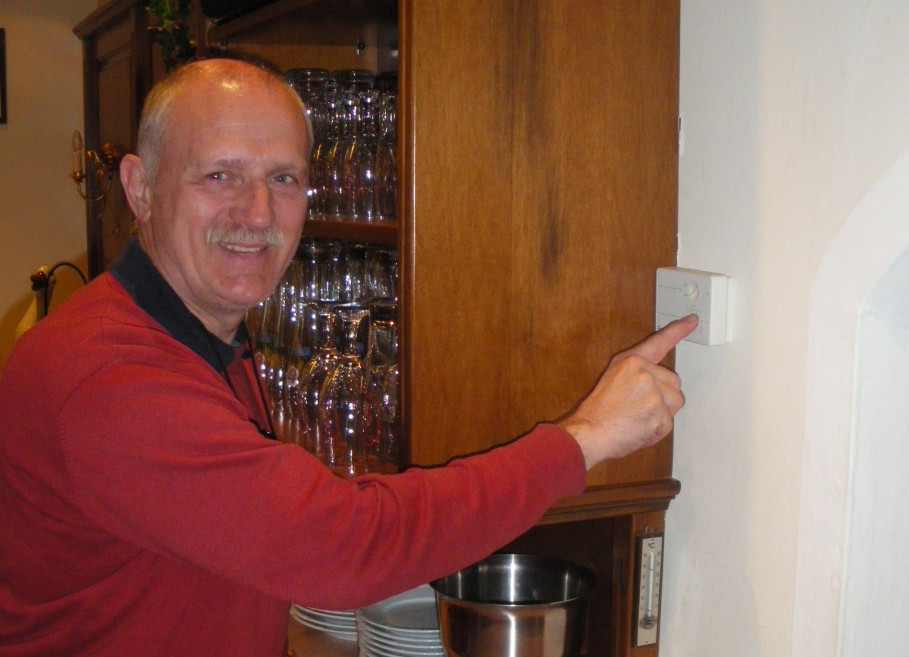 Mr Hauer of ‘Hotel Tirolerhof’ could turn down the thermostat by two degrees Celsius thanks to GRANDER® ...
In December 2009, a GRANDER® Circulation Unit was installed at ‘Hotel Tirolerhof’ in St. Georgen im Attergau – with great success: the relevant iron and ammonium parameters could be significantly stabilized ...

Before the installation, a licensed sampler of Hydrologische Untersuchungsstelle Salzburg (Hydrological Lab Salzburg – HUS) took heating water samples at a specified spot in the heating system.
These samples were sent in for analysis at both HUS and the Jochberg-based GRANDER® research laboratory IPF.

Following the installation of the GRANDER® Circulation Unit in the heating system of ‘Hotel Tirolerhof,’ further samples were taken at the same spot. The measured values were monitored and documented to analyze the impact of GRANDER® on the entire heating system and, where necessary, optimize the setup.

The heating system had already been in good condition before the GRANDER® Circulation Unit was installed. This was also demonstrated by the first sample taken, in which only few corrosion products were found. This reference sample only showed a slightly increased ammonium concentration and a low concentration of total iron.

A further significant result is that no increase of the ammonium levels could be measured throughout the entire observation period, which proves the water’s outstanding stability. This is also a requirement of the current Austrian ÖNORM H 5195-1 heating water standard.

The installation of a GRANDER® Circulation Unit in the tested premises’ heating system significantly stabilized the relevant iron and ammonium parameters.

Except for the ammonium concentration, the water measured had drinking water quality!

The GRANDER® Circulation Unit installed in the heating system not only stabilized the water’s values, Mr Hauser of ‘Hotel Tirolerhof’ could also turn down the thermostat for the dining room by two degrees Celsius due to the improved heat dissipation.