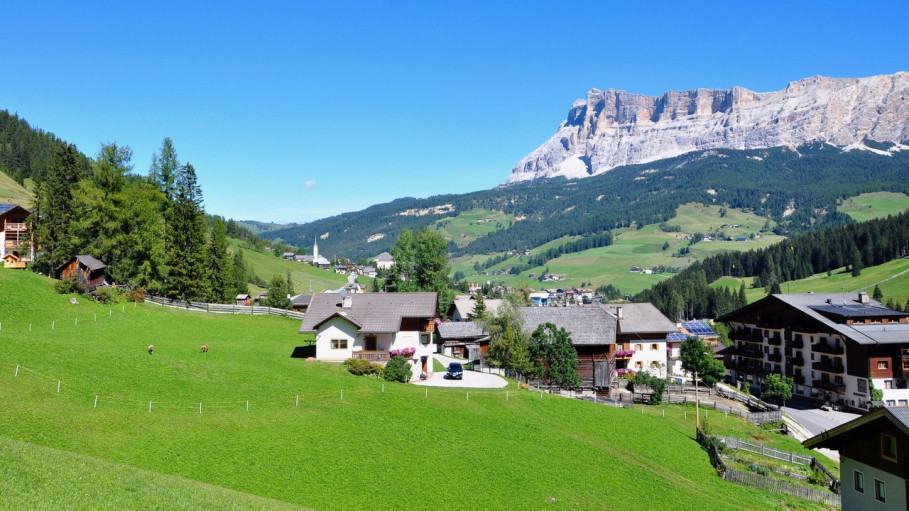 The Fistills first heard about GRANDER® water revitalization from a friend, who highly recommended it. In 2017, the South Tyrolean family decided to get GRANDER® for their home in La Villa/Alta Badia in the Badia Valley.

In the small village of La Villa, numerous family and hamlet names somehow refer to water. One example is the Funtanacia hamlet, whose name is related to the Ladin word for ‘fountain.’ By a twist of fate, this is the very hamlet that is home to the Fistill family. Also the Fistills’ name has a connection to water as ‘fistí’ means ‘well.’

It is important to the Fistills to have fresh, high-quality water in their home. But as opposed to their ancestors, who relied on their own well, their water comes from the tap.

Following a family friend’s recommendation, the Fistills brought GRANDER® to their home to revitalize both their drinking and heating water — and they are exhilarated about the effects, reporting about tap water with an exquisite taste and also pronounced effects in their heating system!

For many years, their home’s old pipes had clogged up time and again. As a result, the house was not heated efficiently. Biofilm and silt are formed by slimy deposits containing bacteria, fungi, algae, and other contaminants. Such deposits are particularly a problem in floor heating systems, where they impair the heating effect. This also results in higher costs.

GRANDER® restores the transport capacity, vitality, and self-cleaning properties to heating water. Also in the Fistills’ home, lime deposits dissolved due to the revitalization of the heating water. Now, the house can be heated more effectively and efficiently. The heating water also turned clear and even lost its foul smell. The revitalized heating system has thus lowered operation costs and markedly improved the atmosphere in all rooms.

View the embedded image gallery online at:
https://www.grander.com/intl-en/international/references-industry-private-users/experience-reports-private-use/heating-system-protection/a-cozy-and-warm-home-for-the-fistills-thanks-to-revitalized-heating-water#sigProId00028d62d1
Back