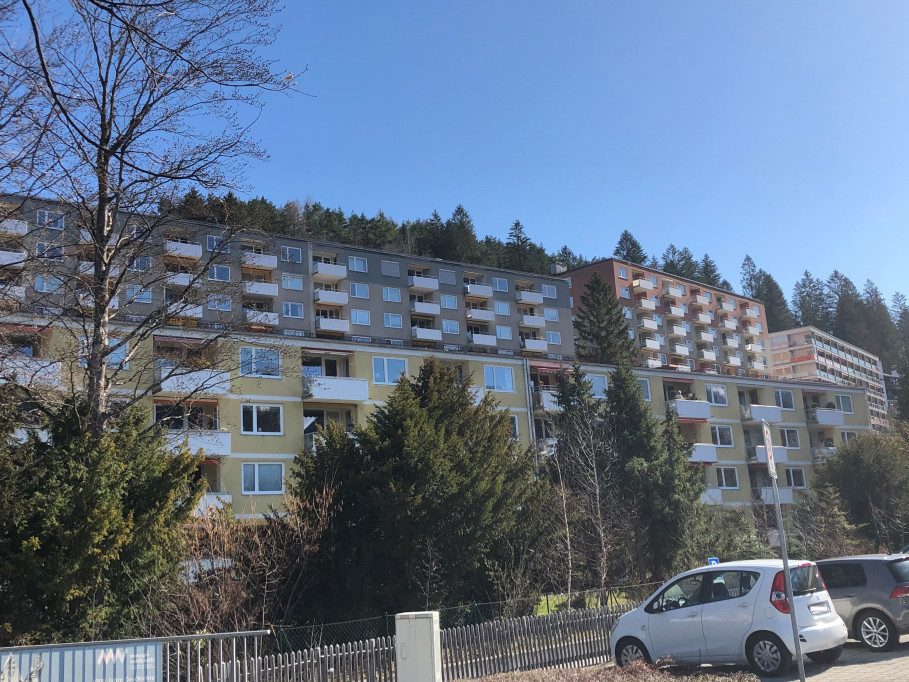 Already in 2001, GRANDER® Inline Units were installed to revitalize the drinking water in all five buildings of the Wigger residential complex in the German town of Garmisch-Partenkirchen. As the inhabitants’ feedback was so positive, a further unit was installed to also revitalize the complex’s heating system in 2007.

When so many people living in the residential complex reported back about the outstanding quality of their drinking water ever since the installation of GRANDER®, in 2007 a decision was made to invest in a four-inch GRANDER® Circulation Unit to revitalize the heating circuits of the complex’s five buildings with overall 158 apartments.

In the following years, water samples were taken and analyzed several times to check and document the heating water’s quality. The analyses found that throughout the observation period, the iron concentration continuously decreased, which has had a positive impact on corrosion protection. An analysis in 2009 furthermore revealed that the heating system’s microbial count was zero. This also means that there were zero E. coli or coliform bacteria in the heating circuit.

Years after its installation, property manager Christian Wackerle is still full of praise for the circulation unit when asked about its effects in spring of 2021: ‘Getting a GRADNER® Circulation Unit for our heating circuit has really paid off. As the system is now less susceptible to deposit formation, there is less rust and lime, which damage the facilities in the long run. As a result, the heating circuit operates effectively and reliably, saving the apartment owners quite a bit of money and ensuring their peace of mind.’

This is also the case because several radiators were exchanged for new models in the past years. During the replacement, it was found that the heating water remaining in the radiators was clear and free of any contamination. Also some heating pipes were exchanged because of refurbishment work, and none of them showed signs of rust. In fact, there has not been a single report of damage to the heating system due to corrosion throughout the whole residential complex so far.

The revitalized heating water has also markedly improved the atmosphere in the apartments. The inhabitants of the Wigger residential building say that the atmosphere is very comfortable and the warmth provided ‘extremely cozy.’