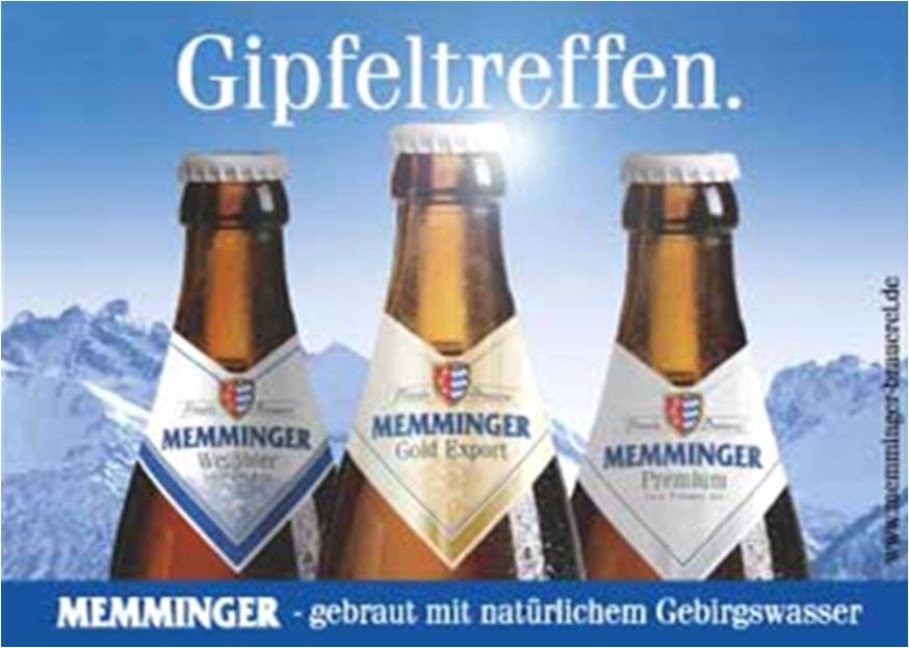 The Memminger Brewery implements GRANDER® water revitalisation in all areas, also in cleaning and heating.  10 % fewer acid contents and alkaline solutions were added.  Alone the amount of chlorine has been reduced by 2.5 tonnes a year.  However, the most astonishing result for the master brewer and authorized signatory, Wolfgang Kesselschlaeger, is the fact that the fermentation time has been reduced by one day.

The Memminger Brewery is situated in the Bavarian town having the same name and does not only brew beer, but also sells non-alcoholic beverages.

In total the brewery offers more than 20 different beer products and mixed-beer drinks.  These are listed here:

Despite the regional distribution this company also places an emphasis on exporting as a strategic business direction.  Approx. 55,000 hectolitres are sold abroad each year, in particular to Russia, France, Austria, Italy and Austrialia.

Josef Herz took over a brewery restaurant in Memminger in the year 1886 and within 10 years he expanded it to one of the largest private breweries.  In 1911 one large brewery was formed through the merger of several, local breweries.  The company is still owned privately by the family even today.

At the DLG Awards Ceremony in January 2008 five gold medals were awarded to this company for their Alpkoenig hops white beer, white beer, light white, dark white beer and their Kartaeuser white beer.  All the beers, that were presented by the brewery, won a medal.