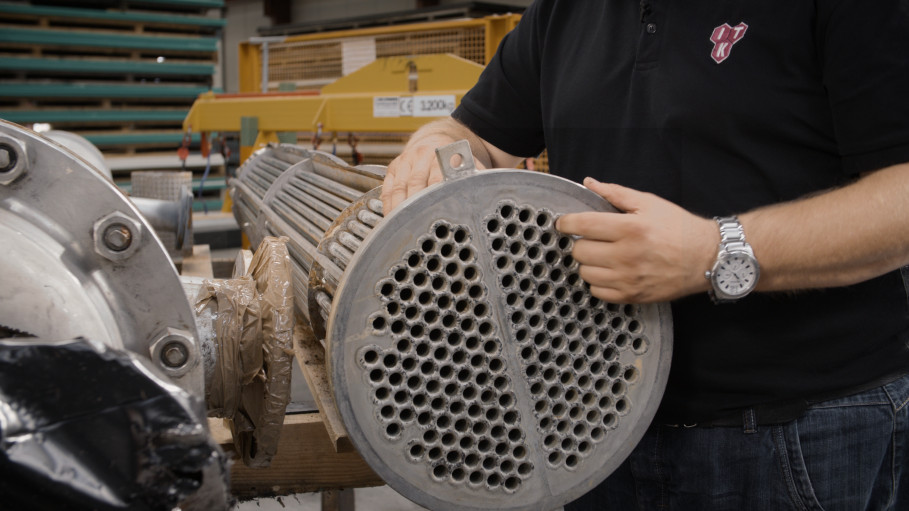 Springhorn.Media
For more than eight years the GRANDER® water revitalization technology has been in use at the production facility in Ahaus / North Rhine-Westphalia. Before the use of GRANDER® there were always failures: the cooling units were stalled, the heat exchangers clogged, the pumps had failures due to impurities.

For over 25 years, the company ISO-Tech has been the manufacturer and producer of thermoplastics made of polyethylene.  The plant produces several hundred tons a month, the bulk of which is processed into finished products. The rest leaves production in the form of semi-finished products.

“The deposits in the aggregates simply prevented us from keeping our cooling times, which eventually led to a production jam or a total production stop,” explains Joerg Bengfort, Deputy Operations Manager at ISO-Tech.

“The sieves had to be changed twice a week, the heat exchangers had to be pulled two or three times a year.  The holes on the heat exchangers were cleared individually, and they tried to remove the deposits in the tubes with acid.  This resulted in about 48 hours of maintenance each time, during which the plant could not produce,” Joerg Bernfort described the problem.

Since all variants and chemical additives did not bring the desired success, the company decided to use the GRANDER® water revitalization.

Over the course of only six months, a reduction of the germs in the cooling system of up to 99.96% could be determined.

From this point on, there were hardly any impurities in the heat exchangers and the cooling times stabilized.  The cooling water system has now been maintenance-free for more than eight years!

View the embedded image gallery online at:
https://www.grander.com/intl-en/international/references-industry-private-users/experience-reports-trade-industry-agriculture/industrial-companies/the-iso-tech-plastics-since-2008-maintenance-free#sigProId8f9f857bb5
Back